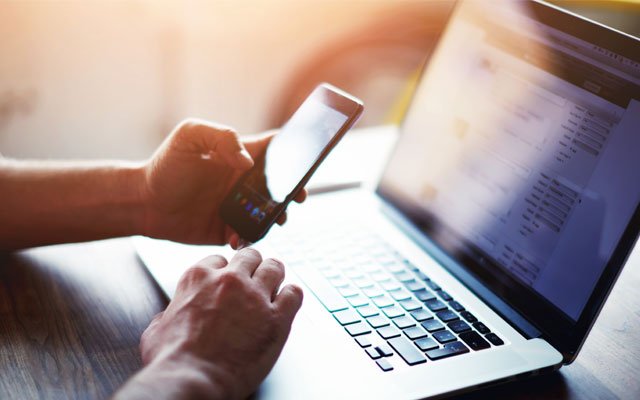 Bitcoin is back in the news after its price rose through the $40,000 level for the first time. As usual when something doubles in price within a year, people start asking whether they should be jumping on the bandwagon.

Bitcoin is the black sheep of the financial world. Commercial bankers talk it down in public and flirt with it in private. Central bankers tut-tut and quietly plan their own digital currencies. Hedge funds trade in and out to make a fast buck. But the biggest fan club is the conspiracy-theory libertarians, mainly American, who believe bitcoin is the 21st century alternative to gold.

Like gold, the supply of bitcoin is limited – in its case, by rules governing the creation of new coins that make them increasingly expensive. Its ‘blockchain’ technology, which keeps transactions anonymous is, most analysts think, better suited to things other than money. Property ownership registers is one example where one master digital file could save a huge amount of duplication in record keepings and costs.

But it’s the lack of official control that is bitcoin’s greatest attraction for many people. That is why it has definitely been used heavily by organised crime and illegal drug traders on the dark web. Given its volatility, it’s not something you’d want to use in international trade unless it delivered big savings in transaction costs - and as a business, if you’re canny with how you use the conventional banking networks, using bitcoin won’t save you much.

Now it is true that if you stop and think about all central banks creating inconceivably vast quantities of new money to prevent a slump after the financial crash and even bigger amounts to bale out economies hit by COVID, you might well ask: How can currencies hold their value? Surely we’ll get inflation if there’s so much more money but we’re not producing more goods and services? And there is now a sizeable minority of analysts and investment managers who think there is a serious risk of a sharp rise in inflation within the next few years.

Bitcoin evangelists do not just claim it is inflation proof. They claim it is the only currency that is not politically controlled. Their argument is ‘You can’t trust governments. Trust bitcoin.’ You can see why this pitch would be attractive to people who think governments have let them down.

Most economists agree that lots of things can serve as money or near-money. Something can be money if a large proportion of the people in a given area agree to use it as such – such as cigarettes in WW2, cowrie shells on Pacific islands. But some argue that it can only be money if the state legitimises it by accepting it in payment of taxes - and, in historical fact, that is how most currencies came into existence in the first place. So far, governments have refused to legitimise bitcoin, and it falls outside any form of protection of bank deposits or of investments. So with bitcoin, you are out in the financial Wild West.

There is a contradiction at the heart of bitcoin. If you think you need protection against hyperinflation and social and economic breakdown, why would you want to own something that can only be used in digital exchanges? For those scenarios, gold - in the form of coins like British sovereigns or South African krugerrands – would surely be more effective.

Add to that the inevitable uncertainties about bitcoin: who owns it, who’s buying and who’s selling – information that simply isn’t available – and you have something that’s too opaque to count as an investment. It’s one definition of an investment that at least some rational measures can be used to estimate its future value.

And if you are of a sceptical inclination, you might note that the greater the total value of bitcoins in existence (in other words the higher the price) the easier it is to use bitcoin to transfer larger and larger sums outside the view of financial regulators and law-enforcement agencies.

So we regard bitcoin as one of those speculative things that turn up from time to time in which a few people make a lot of money – more by luck than judgment - but most have no idea whether they are going to win or lose when they buy.

That means that for us, bitcoin is a complete no-no. And the industry regulator the Financial Conduct Authority on the 11th January told potential investors that they “should be prepared to lose all their money” if they bought bitcoin.